- My Journey from Leftism to Sanity 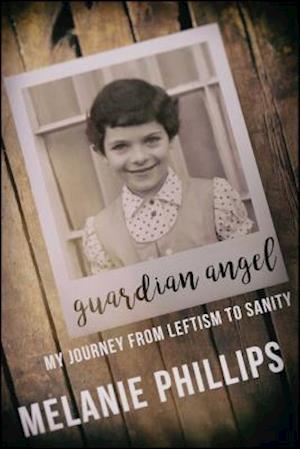 Once the darling of the Left, British journalist Melanie Phillips was "mugged by reality" to become a controversial champion of national and cultural identity. Guardian Angel is that rare memoir that grabs you by the shoulders with an urgency that screams, "PAY ATTENTION " It leaps off the page with an immediacy and relevance that few books achieve. Beginning with her solitary childhood in London, it took years for Melanie Phillips to understand her parents' emotional frailties and even longer to escape from them. But Phillips inherited her family's strong Jewish values and a passionate commitment to freedom from oppression. It was this moral foundation that ultimately turned her against the warped and tyrannical attitudes of the Left, requiring her to break away not only from her parents--but also from the people she had seen as her wider political family. Through her poignant story of transformation and separation, we gain insight into the political uproar that has engulfed the West. Britain's vote to leave the EU, the rise of far-Right political parties in Europe, and the stunning election of US president Donald Trump all involve a revolt against the elites by millions. It is these disdained masses who have been championed by Melanie Phillips in a career as prescient as it has been provocative. Guardian Angel is not only an affecting personal story, but it provides a vital explanation why the West is at a critical crossroads today. "Melanie Phillips has been one of the brave and necessary voices of our time, unafraid to speak the language of moral responsibility in an age of obfuscation and denial. This searing account of her personal journey is compelling testimony to her courage in speaking truth to power."--Rabbi Lord Jonathan Sacks