indgår i serie The Danu Cycle 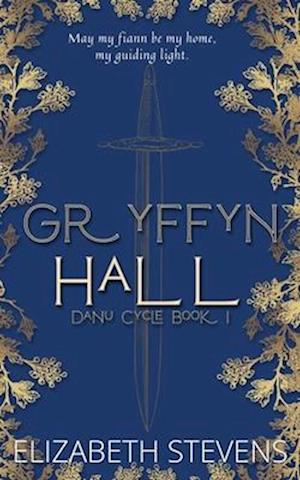 **Sincere apologies, but due to unforseen circumstances the release date has been delayed.

Only three things matter to all good fey; fighting, festivities and fornication.

Eamon mac Aeveen is the youngest child of the king of the fey; heartless and cold even by fey standards. He leads his fiann as they stalk Tir nAill and Innisfail to end threats to the balance. Their oath is strong and their bond stronger.

What do you do when you find out your life is half a lie? Well, one-quarter a lie, anyway.

Niamh O'Callaghan was a normal girl. Or, so she thought. Near death, she is whisked to a world she'd forgotten, protected by two tall boys who would lay down their lives for her. Raven-haired Killian wants her heart. Copper-haired Lachlan wants to keep it safe.

The only thing stronger than your oath...

Finding herself in some small-scale version of a perverted Hogwarts, Niamh learns to fight, weave magic, and not fall for Killian's blue eyes. Because fey are not like humans and there's nothing normal in falling for one.

When Eamon and Niamh cross paths, there seems to be some other force at play. Niamh can't stand the cocky prince and he wouldn't deign to be with a halfbreed. But, neither of them can seem to stay away.

In faery, danger lurks in the light as well as the shadows.

With the rise of an old evil, Niamh's arrival is timely; she may be just the thing to put a stop to Dwendardian before he returns to his full strength. But, is putting Killian and Nimah's budding romance in a caravan with Eamon really a good idea?

Please be aware that this story uses Australian English spelling and syntax.