Growing Up With the Trinity

- An Englishman, a Scotsman and an Irishman Walked Onto a Football Pitch... 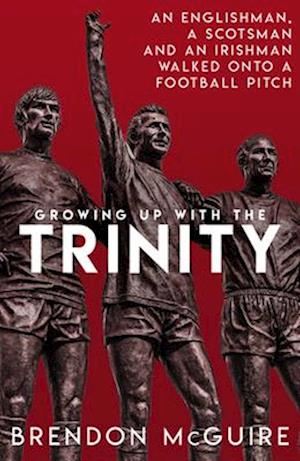 Growing Up With the Trinity brings to life that unique period in 60s football when Manchester United had three European Players of the Year - Charlton, Best and Law - in their team. As the Manchester football scene blended with music and fashion, a young boy found inspiration watching these legends. As a child, Brendon McGuire was taken to Old Trafford by his mother, as his colourful, hard-drinking father had no interest in football. Seeing George Best make his debut, the Stretford End became a place of sanctuary while the music scene of 1960s Manchester provided the soundtrack for a road to be travelled. The awesome power of a Bobby Dazzler, the sight of the 17-year-old Best twisting a full-back's blood, and the raised-arm salute of Denis Law created an alluring magic. As The Beatles rocked one end of the East Lancs Road, Manchester responded with its own top bands and Northern Soul, forming an irreplaceable moment in time for Manchester United, a fast-changing city and one young boy.