- Chronicles of an Old Man and his Last Puppy 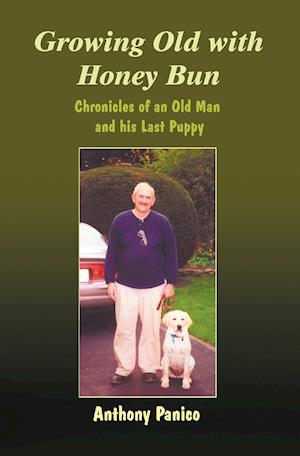 Man's best friend - that special dog that becomes a part of the family and a part of one's life - is a treasure. Anthony Panico had two very special best friends that brought joy to his life and his story is a personal narration of his experience with his prized pups. Goldie was a six-month-old puppy when Panico found her tied to a tree. Rescuing her proved to be one of the best friendships of his life. The two became inseparable; wherever he went, Goldie was by his side, for 14 years. When Goldie's life came to an end, Panico believed he'd never find a canine companion to take her place. Panico's wife knew the only way to remedy her husband's depression was to find him another companion and she did so with Honey Bun, a two-month-old yellow Labrador. Honey Bun became Goldie's 'eplacement,' and for the next 13 years, Panico and his pet have been constant companions - one an 'old man' of 84, the other a 13-year-old dog - sharing day-to-day activities, growing old together, and finding an unbreakable bond that sustained them both until Honey Bun's last day. This personal journal, filled with hope, heartbreak and love, is a beautiful representation of how these magnificent creatures bring out the best in us.