Lectures On Groups And Vector Spaces For Physicists

- Isham, C: Lectures On Groups And Vector Spaces For Physicist 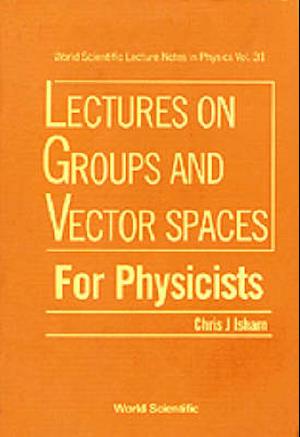 These notes are the contents of a lecture course given to third year physics undergraduates at the Imperial College who are taking the theoretical physics option. The subject of "Algebra and Groups" is of considerable importance in a number of branches of modern theoretical physics, and therefore one major objective of the course is to introduce the students to the basic ideas on the subject, bearing in mind the potential applications to quantum theory. However, another equally important aim of the course is to introduce the student to the art of genuine "mathematical" thinking. The notes are therefore written in a more precise mathematical style than is usually the case in courses aimed at physics students. Quite apart from the general educational value of such an exposure to abstract thinking, it is also the case that much modern theoretical physics draws on sophisticated ideas from pure mathematics and therefore it is most important that a perspective graduate student can approach these subjects without experiencing a total culture shock! The course is divided into three parts. The first is a short introduction to general group theory, with particular emphasis being placed on the matrix Lie groups that play such a crucial role in modern theoretical physics. The second part deals with the theory of vector spaces, with particular attention being paid to the theory of Hilbert spaces and the basic analytical techniques that are needed to handle the infinite dimensional situation. The final part of the course is a short introduction to the theory of group representations and the associated theory of characters.