Groupers of the World

- A Field and Market Guide 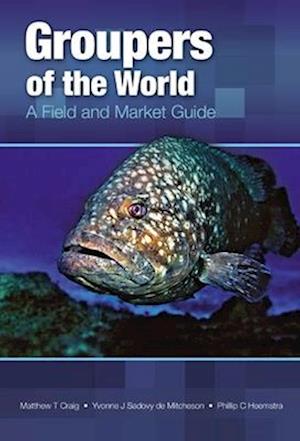 This is the sixteenth issue in the FAO series of worldwide annotated and illustrated catalogues of major groups of organisms that enter marine fisheries. It contains the 159 species in 15 genera known from the serranid subfamily Epinephelinae, including one species new to science. There is an introductory section with general remarks on habitat and fisheries of the family, a glossary of technical terms, an illustrated key to each genus and all species, and a detailed account for all species. Species accounts include an illustration of each species, scientific and vernacular names, and information on habitat, biology, fisheries, size, relevant literature, and distribution. Following the species accounts are a list of nominal species in the subfamily, a table of species by major marine fishing areas, and colour plates. A list of all nominal species and their present allocations is given. The work is fully indexed and there is a comprehensive list of references to pertinent literature.

Forfattere
Bibliotekernes beskrivelse Detailed but easy-to-use, this volume is a guide to the more than 160 recognized species of these mostly large, colorful tropical reef fishes, also known as rockcod. With outstanding color photographs, the book presents up-to-date biological, ecological, and population information for each species. The text is an indispensable publication for fisheries scientists and managers as well as divers, anglers, and those with a general interest in reef fishes.