- Elegies for Poets After Auden 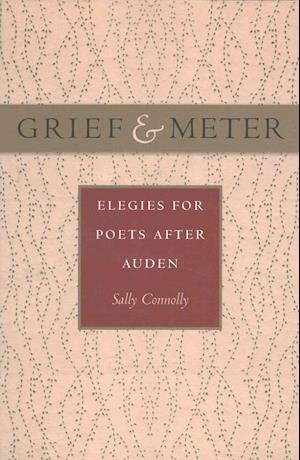 The elegizing of poets is one of the oldest and most enduring traditions in English poetry. Many of the most influential and best-known poems in the language--such as Milton's "Lycidas," Shelley's "Adonais," and Auden's "In Memory of W. B. Yeats"--are elegies for poets.

In Grief and Meter, Sally Connolly offers the first book to focus on these poems and the role they play as a specific subgenre of elegy, establishing a genealogy of poetry that traces the dynamics of influence and inheritance in twentieth- and twenty-first-century poetry. She identifies a distinctive and significant Anglo-American line of descent that resonates in these poems, with British poets often elegizing American ones, yet rarely the other way around. Further, she reveals how these poems function as a means of mediating, effecting, and tracing transatlantic poetic exchanges.

The author frames elegies for poets as a chain of commemoration and inheritance, each link independent, but when seen as part of the "golden chain," signifying a larger purpose and having a correspondingly greater strength. Grief and Meter provides a compelling account of how and why these poems are imbued with such power and significance.