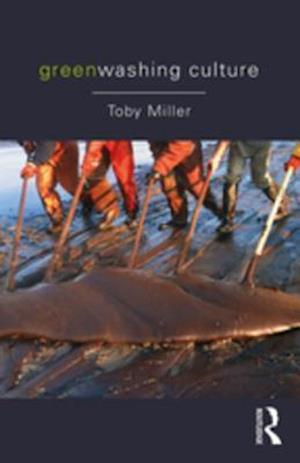 Greenwashing Culture examines the complicity of culture with our environmental crisis. Through its own carbon footprint, the promotion of image-friendly environmental credentials for celebrities, and the mutually beneficial engagement with big industry polluters, Toby Miller argues that culture has become an enabler of environmental criminals to win over local, national, and international communities.Topics include:the environmental liabilities involved in digital and print technologies used by cultural institutions and their consumers;Hollywood's 'green celebrities' and the immense ecological impact of their jet-setting lifestyles and filmmaking itself;high profile sponsorship deals between museums and oil and gas companies, such as BP's sponsorship of Tate Britain;radical environmental reform, via citizenship and public policy, illustrated by the actions of Greenpeace against Shell's sponsorship of Lego.This is a thought-provoking introduction to the harmful impact of greenwashing. It is essential reading for students of cultural studies and environmental studies, and those with an interest in environmental activism.