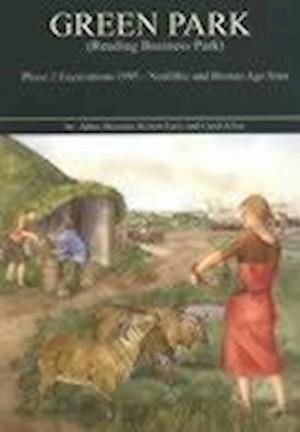 In 1995 a second phase of excavations was undertaken by Oxford Archaeological Unit (OAU) at Reading Business Park in advance of development. This volume reports on the occupation evidence they found dating to the Neolithic, Bronze Age and medieval periods. The Neolithic features included an unusual segmented ring ditch, and a number of pits and postholes, with associated flint assemblages dating to the late Neolithic. A field system, composed of rectangular boundary ditches, was laid out in the area prior to the establishment of the late Bronze Age settlement. The evidence for the late Bronze Age settlement included five roundhouses, and a number of post-built structures. The excavators also found numerous deposits of burnt flint that were made in one area in the later Bronze Age, and over time these grew into a substantial and unusually large elongated burnt mound. The authors discuss the origin of these deposits, together with the management of the overall landscape in the later Bronze Age.