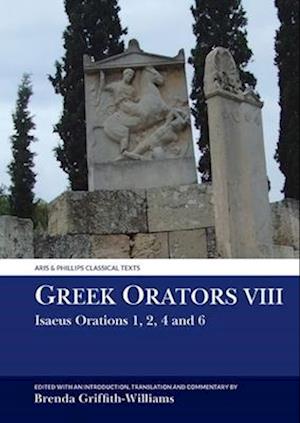 The four selected speeches were composed by a professional speechwriter, Isaeus, for litigants contesting inheritance claims in the Athenian courts of the fourth century BC. They offer some intriguing glimpses into the domestic life of (mainly wealthy) Athenian families, with sometimes scandalous stories of forged wills, family quarrels, illegitimate children, divorce, and prostitution. The narratives feature positive and negative Athenian stereotypes of women (dutiful wife or deceitful seductress).In the first comprehensive English language commentaries on these speeches for over 100 years. the main focus is on legal issues as the key to understanding Isaeus's rhetorical strategy. The aim is to show that he did not, as modern scholars have sometimes argued, ignore the law and seek to win cases for his clients on purely moral grounds. Rather, through carefully constructed narratives and persuasive but sometimes convoluted argumentation, he sought to convince the judges that the law was on his clients' side.The combination of translations and commentaries makes the selected speeches accessible to readers with little or no knowledge of classical Greek. No familiarity with Athenian law is assumed, but the book will also be useful to specialists seeking to explore Isaeus's work in greater depth.

Forfatter
Bibliotekernes beskrivelse The four selected speeches were composed by a professional speechwriter, Isaeus, for litigants contesting inheritance claims in the Athenian courts of the fourth century BC. black and white diagrams