indgår i serie Cambridge Readings in the Literature of Music 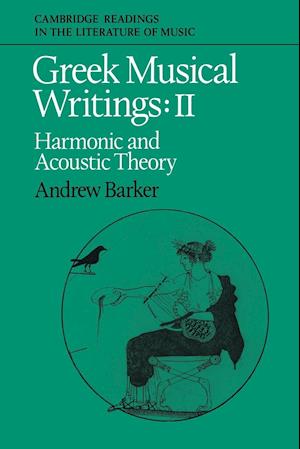 This second volume of Greek Musical Writings contains important texts on harmonic and acoustic theory, illustrating the progress of these sciences from their beginnings in the sixth century BC over the subsequent thousand years. Writers represented include Philolaus, Plato, Aristotle, Theophrastus, Aristoxenus, Ptolemy, Aristides, Archytas, and Quintilianus. All the Greek texts are newly translated by the editor. Some replace inadequate existing translations; other significant portions of the book include much that is essential for an understanding of medieval and Renaissance musicology. Dr Barker provides detailed and authoritative commentary and annotations to all the texts. Each section is prefaced by an introductory essay and some of the more complex issues are discussed further in appendices.