indgår i serie ALGORITHMS AND COMBINATORICS 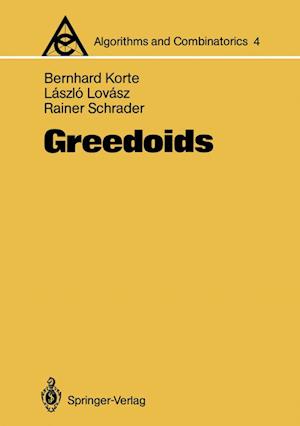 Oh cieca cupidigia, oh ira folie, Che si ci sproni nella vita corta, E nell' eterna poi si mal c'immolle! o blind greediness and foolish rage, That in our fleeting life so goads us on And plunges us in boiling blood for ever! Dante, The Divine Comedy Inferno, XII, 17, 49/51. On an afternoon hike during the second Oberwolfach conference on Mathematical Programming in January 1981, two of the authors of this book discussed a paper by another two of the authors (Korte and Schrader [1981]) on approximation schemes for optimization problems over independence systems and matroids. They had noticed that in many proofs the hereditary property of independence systems and matroids is not needed: it is not required that every subset of a feasible set is again feasible. A much weaker property is sufficient, namely that every feasible set of cardinality k contains (at least) one feasible subset of cardinality k - 1. We called this property accessibility, and that was the starting point of our investigations on greedoids.