Great War From The Air 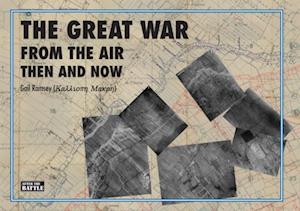 The war of 1914-1918 — the ‘Great War’ as it was called at the time — left great swathes of northern France and western Belgium almost totally destroyed. The destruction wrought by shell-fire was immeasurable and the ground was churned into miles of water-filled shell-holes. Complete villages had been razed to the ground and every forest blown to pieces. The former rich arable land had not only been pulverized but was now contaminated with the detritus of war. Trenches . . . dugouts . . . thousands of miles of barbed wire . . . abandoned equipment . . . the smashed remains of hundreds of thousands of horses and men and the hidden threat of unexploded shells all created an indescribable landscape. In this book Gail Ramsey sets out to show how the Western Front has been transformed over the past hundred years by juxtaposing aerial photographs, trench maps of the period, with present-day matching comparisons, courtesy of Google Earth.