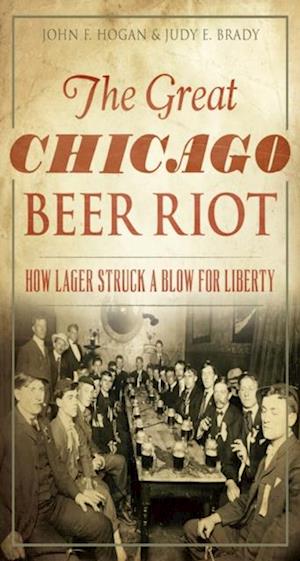 In 1855, when Chicago's recently elected mayor Levi Boone pushed through a law forbidding the sale of alcohol on Sunday, the city pushed back. To the German community, the move seemed a deliberate provocation from Boone's stridently anti-immigrant Know-Nothing Party. Beer formed the centerpiece of German Sunday gatherings, and robbing them of it on their only day off was a slap in the face. On April 21, 1855, an armed mob poured across the Clark Street Bridge and advanced on city hall. The Chicago Lager Riot resulted in at least one death, nineteen injuries and sixty arrests. It also led to the creation of a modern police department and the political alliances that helped put Abraham Lincoln in the White House. Authors Judy E. Brady and John F. Hogan explore the riot and its aftermath, from pint glass to bully pulpit.