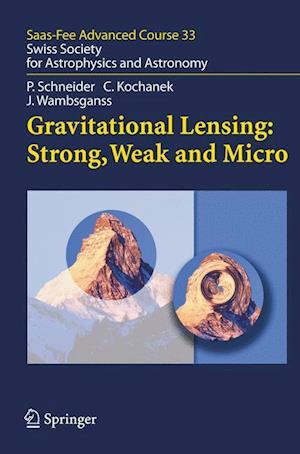 The observation, in 1919 by A.S. Eddington and collaborators, of the gra- tational de?ection of light by the Sun proved one of the many predictions of Einstein's Theory of General Relativity: The Sun was the ?rst example of a gravitational lens. In 1936, Albert Einstein published an article in which he suggested - ing stars as gravitational lenses. A year later, Fritz Zwicky pointed out that galaxies would act as lenses much more likely than stars, and also gave a list of possible applications, as a means to determine the dark matter content of galaxies and clusters of galaxies. It was only in 1979 that the ?rst example of an extragalactic gravitational lens was provided by the observation of the distant quasar QSO 0957+0561, by D. Walsh, R.F. Carswell, and R.J. Weymann. A few years later, the ?rst lens showing images in the form of arcs was detected. The theory, observations, and applications of gravitational lensing cons- tute one of the most rapidly growing branches of astrophysics. The gravi- tional de?ection of light generated by mass concentrations along a light path producesmagni?cation,multiplicity,anddistortionofimages,anddelaysp- ton propagation from one line of sight relative to another. The huge amount of scienti?c work produced over the last decade on gravitational lensing has clearly revealed its already substantial and wide impact, and its potential for future astrophysical applications.