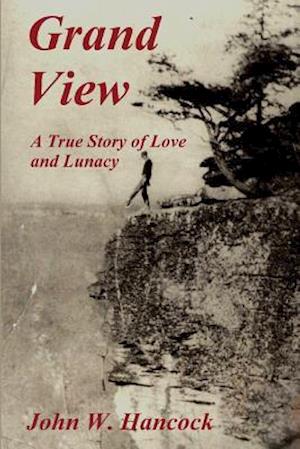 The picture on the cover of Grand View shows my great uncle, John Wayman Redden, with one leg dangling over the precipice of a two thousand foot cliff in the New River Valley of West Virginia. It's no contrived photograph. He designed a homemade timer for the shutter and took it himself in the 1920s. By some accounts, he was insane, and this photo certainly doesn't help his case. However, others swore he was a genius, including the psychiatrists who examined him at a Virginia sanitarium. Wayman allegedly had a secret: a multi-million dollar secret. Family legend holds that he discovered an extremely valuable mine on Redden land. Not gold, not silver but something worth a hundred times their value. Unimpressed with the potential fortune, or led by his lunacy or, perhaps, both, he takes his secret and moves to Detroit to work on the assembly line for Henry Ford. There, Wayman is swept up in the tidal wave of the Great Depression and finds himself and a lover caught in the middle of one of the most brutal labor union incidents of the young century, the Ford Hunger March of 1932. Nine months later, he was dead. Trappers found his frozen body beneath a cliff in the West Virginia woods. Grand View is the story about how he may have died in those woods.