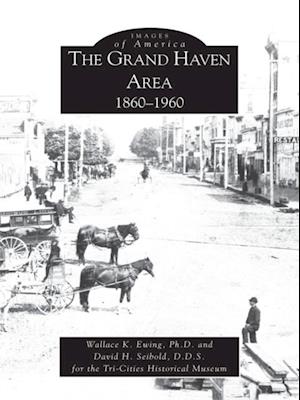 Grand Haven is nestled in wooded dunes and surrounded by the waters of Lake Michigan, Spring Lake, and the Grand River. Under the leadership of Rev. William Montague Ferry, the first settlers arrived from Mackinac Island November 2, 1834. In recognition of the port's large, accommodating and safe harbor, Rix Robinson, fur trader and land holder, platted and named the town April 15, 1835. The approximately 200 photographs in this book are from the archives of the Tri-Cities Historical Museum. They provide an invaluable visual glimpse of the places, people, and events that shaped the Grand Haven area, which also includes Ferrysburg and Spring Lake, in the critical century between 1860 and 1960. In Grand Haven's early years the lumber industry took advantage of the towering white pines that grew for miles around, providing lumber for Chicago, Milwaukee, and other port cities. During this period the mineral water spas in Spring Lake, Fruitport, and Grand Haven spawned the area tourist industry that is still alive today. By 1890 the large tracts of forest were gone and the area sawmills closed. The slack was taken up by the Grand Trunk carferries, which began cross-lake service in 1903, making Grand Haven one of the busiest ports on Lake Michigan for the next 30 years.