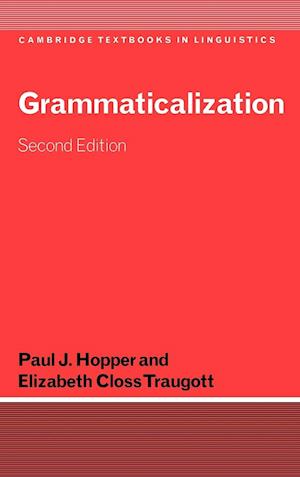 This is a general introduction to grammaticalization, the change whereby lexical terms and constructions come in certain linguistic contexts to serve grammatical functions, and, once grammaticalized, continue to develop new grammatical functions. The authors synthesize work from several areas of linguistics, including historical linguistics, discourse analysis, and pragmatics. Data are drawn from many languages including Ewe, Finnish, French, Hindi, Hittite, Japanese, Malay, and especially English. This 2003 second edition has been thoroughly revised with substantial updates on theoretical and methodological issues that have arisen in the decade since the first edition, and includes a significantly expanded bibliography. Particular attention is paid to recent debates over directionality in change and the role of grammaticalization in creolization. Grammaticalization will be a valuable and stimulating textbook for all linguists interested in the development of grammatical forms and will also be of interest to readers in anthropology and psychology.