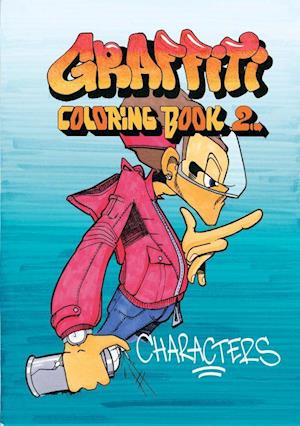 Characters are the most popular and easily accessible side of graffiti. They are the figures that stand beside the writer's name and attract attention to it. They are brought to the fore in Graffiti Coloring Book 2: Characters. The book features themes by the world's foremost graffiti writers. Well-built b-boys and b-girls with spray cans, boom boxes and attitude, comic figures with cartoon features and realistic portraits. All are waiting to be rendered in glorious color. In graffiti culture, the black-and-white drawing serves both as a model for a graffiti piece and as a work of art in its own right. Similarly, this book is both a toy and an art history document. With characters from world famour graffiti writers like: T-Kid TNB (New York), Tack FBA (New York), Part One TDS (New York), Wane COD (New York), Ezo TDS (New York), Zimad TD4 (New York), Too Fly (New York), Nic 707 OTB (New York), Revolt RTW (New York)