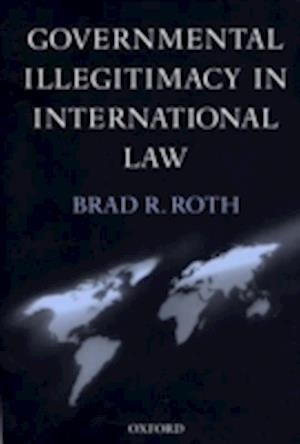 When is a de facto authority not entitled to be considered a `government' for the purposes of International Law? International reaction to the 1991-4 Haitian crisis is only the most prominent in a series of events that suggest a norm of governmental illegitimacy is emerging to challenge more traditional notions of state sovereignty. This challenge has dramatic implications for two fundamental legal strictures: that against the use or threat of force againsta state's political independence, and that against interference in matters `essentially' within a state's domestic jurisdiction. Yet although human rights advocates have begun to speak of state sovereignty as an `anachronism', with some expansively proclaiming the emergence of an international `right todemocratic governance,' international law literature lacks systematic treatment of governmental illegitimacy. This work seeks to specify the international law of collective non-recognition of governments, so as to enable legal evaluation of cases in which competing factions assert governmental authority. It subjects the recognition controversies of the United Nations era to a systematic examination, informed by theoretical and comparative perspectives on governmental legitimacy. The inquiry establishes that the category of `illegitimate government' now occupies a place in international law, with significant consequences for the legality of intervention in certain instances. The principle of popular sovereignty, hitherto vague and ambiguous, has acquired sufficient determinacy to serve, in some circumstances, as a basis for denial of legal recognition to putative governments. This development does not imply, however, the emergence in international law of a meaningfulnorm of `democratic governance,' nor would such a norm serve the purposes of the scheme of sovereign equality of states embodied in the United Nations Charter.

Forfattere
Bibliotekernes beskrivelse This work seeks to specify the international law of collective non-recognition of governments. It subjects the recognition controversies of the United Nations era to a systematic examination, informed by theoretical and comparative perspectives on governmental legitimacy.PRIZES:Winner of Winner 1998-1999 American Society for International Law Certificate of merit.