Governance, Industry and Labour Markets in Britain and France 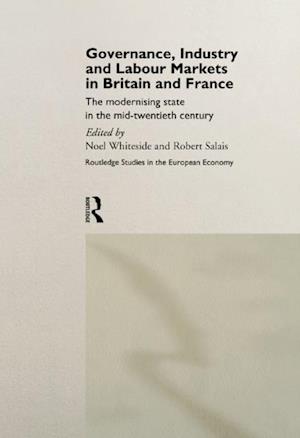 This volume brings together well-known scholars from a wide range of disciplines to provide a superb analytical and historical overview of how state policy has affected established economic and labour market systems in France and Britain. The contributors to this book explore some crucial questions: * how 'dirigiste' was the French state in reality * why was state intervention more acceptable in France than in Britain * how do the differences in state intervention help to explain the respective economic performances of the two countries since the second world war? The book draws on hitherto unpublished primary research by scholars in economic and social history, industrial relations, economics, law, political science, sociology and social policy. As such, it is a timely and welcome intervention into debates concerning the politics of modern labour markets specifically and the role of the state in economic modernization more widely. It will have strong appeal to researchers and students in several discplines.