Gospel of Mark in the Syriac Harklen Version

- An Edition Based Upon the Earliest Witnesses 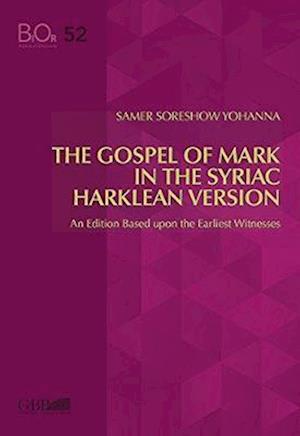 This edition of the Harklean version of the Gospel of Mark fills a well-known desideratum in the field of New Testament textual criticism. Based upon manuscript Chaldean 25 from the depository of the Chaldean Antonian Order of St. Hormizd (O.A.O.C.), this edition describes and collates the surviving Harklean manuscripts from the first millennium. The first critical apparatus reports variants to the lemma while a second apparatus reports variants in the marginal readings. Colour images from the manuscripts are included so that the reader can fully appreciate the Harklean tradition and understand how the apparatuses were created. The introduction explains the system of text division, the marginalia, the diacritics and the other punctuationmarks in the Harklean tradition. Special attention is given to the meaning of the critical signs that Thomas of Harqel employed in his creation of a new Syriac translation of the New Testament