- The Question of Independence for Catalonia 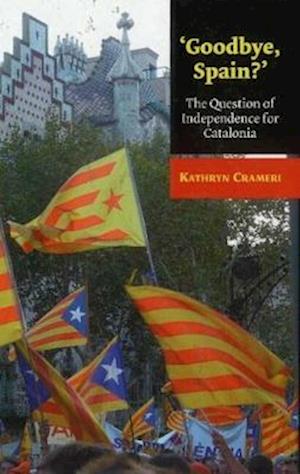 Support for independence in the Autonomous Community of Catalonia has risen significantly since 2005. Opinion polls confirm that the idea of holding a legally-binding referendum on independence is now supported by 80% of Catalans. Many commentators on nationalism in Western Europe had come to the conclusion that there was no serious threat to the established nation-states from secessionism within their borders. In The Identity of Nations (2007), Montserrat Guibernau wrote that decentralisation 'tames secessionism, both by offering significant power and resources to the national minorities it seeks to accommodate and by enticing regional political elites with the power, prestige and perks associated with devolution'. Scott Greer, in Nationalism and Self-Government (2007), wrote that 'secession seems unlikely' in the Catalan case because the regional political elites have too much to lose by such a move and are most concerned with winning further autonomy in specific areas that stabilise their own hold on regional power - a conclusion called into question by the recent radicalisation in Catalan politics and civil society. Causes for these striking changes in public sentiment include changes in the Catalan political landscape since 2003, problems of infrastructure, public apathy with the political process, disillusionment with the Spanish government, a rise in anti-Catalan feeling from other Spaniards (and a rise in anti-'Spanish' feeling among Catalans), the effects of the global financial crisis, and the bumpy ride experienced by Catalonia's new Statute of Autonomy. One notable change has been a shift in the dominant discourse of Catalan nationalism from concerns regarding language, culture and identity toward the political and economic welfare of Catalans. These political and economic discourses have overlaid rather than replaced cultural aspects. Published in association with the Canada Blanch Centre for Contemporary Spanish Studies / Catalan Observatory.