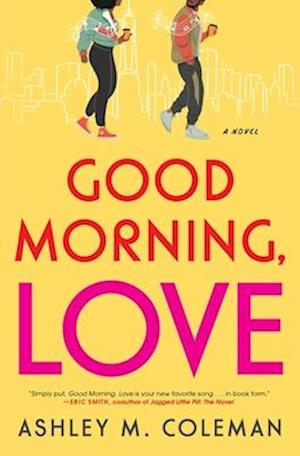 For fans of My (Not So) Perfect Life and Queenie, a disarmingly clever, witty debut novel follows what happens when Carlisa Henton's life comes undone after a chance meeting with a rising pop star. Carlisa "Carli" Henton is a musician and songwriter hoping to follow in her father's musical footsteps. But, biding her time until she makes it big in the music industry, she works as a junior account manager at a big-name media company to cover her New York City rent. Carli meticulously balances her work with her musical endeavors as a songwriter--until a chance meeting with rising star Tau Anderson sends her calculated world into a frenzy. Their worlds collide and quickly blur the strict lines Carli has drawn between her business and her personal life, throwing Carli's reputation--and her burgeoning songwriting career--into question. A smart, timely, energizing romance, Good Morning, Love shows us what the glamorous New York's music scene is really like and takes us into the lives of a rising but somewhat troubled R&B star and a promising prot?g? who knows her job better than she knows herself. With fresh and honest prose, Good Morning, Love examines the uncertainty of being a new professional looking to chase a dream but also survive in a world that's not always kind to ambitious women. But more than that, it's a story that champions "going for it," when there's nothing holding you back but yourself.