Gonville and Caius College - The Statutes of the Founders

- The Statutes of the Founders 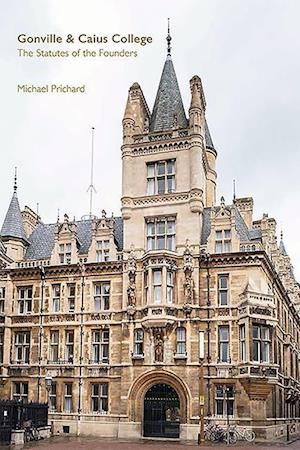 Gonville & Caius College is exceptional among Oxford and Cambridge colleges in having had three separate founders at different times: Edmund Gonville, William Bateman and John Caius. The statutes made by those founders are also exceptional, for they have two unique features: first, the statutes of the last founder did not supersede those of the second founder but took effect concurrently with them for over three hundred years; and, second, the longest set of the three founders' statutes was formulated by someone - John Caius - who was not only a founder but had himself been a fellow of the college for which he was drawing up his statutes and was Master of that college during the years in which he was formulating the final draft of those statutes. As a result, Caius' statutes are remarkable for the unique detail of their provisions and their exceptional character. For both these reasons John Caius' statutes deserve greater attention than they have been given. In addition to an edition and translation of the three founders' statutes, the book also contains an account of the circumstances in which they were formulated and the very different characters of the founders who made them. There then follows an examination of five topics on which the statutes of the last founder either led to bitter disputes and litigation during the later three centuries or else were simply ignored or tacitly evaded by common consent, particularly the hitherto neglected subjects of stipends and dividends.

Forfattere
Bibliotekernes beskrivelse Edition and translation of important documents, providing an account of the foundation of a Cambridge college.