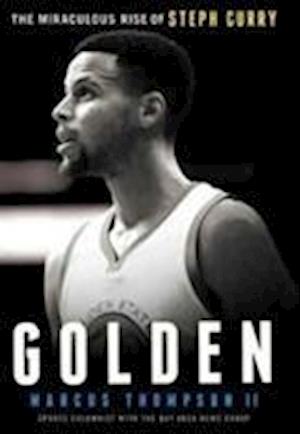 The incredible and inspiring story of Stephen Curry, the greatest shooter basketball has ever seen and a devout Christian who is not afraid of sharing his faith on the world stage. When it comes to Stephen Curry-point guard for the Golden State Warriors and reigning MVP of the NBA-journalists, fans, and sports analysts are running out of ways to say "wow." Deemed too small and too short at 6'3 and 180 pounds by NBA coaches around the league, Curry has taken the game back from the bigger men who usually dominate the court. With his incredible shooting ability that started a "three-point revolution" he led the Warriors to seventy-three wins in the 2015-2016 season, beating out Michael Jordan and the 1996 Chicago Bulls' long-time record. Marcus Thompson, a lifelong Warriors insider who has been reporting on the team for twelve seasons, explores this all-star player, his love for the game and his team, his close-knit and supportive family and his grounding in a strong Christian faith. Loved by everyone he works with in the NBA, Stephen's devout Christian faith and nice-guy attitude make him a different breed of superstar. He writes two scriptures on his game shoes every time he plays: Romans 8:28, his mother's favourite verse, and Philippians 4:13, his favourite, which reads "I can do all things". People assume Curry loves this verse because God allows him to accomplish success and that his faith is so strong that he can achieve the greatest heights, but the real point may be that through faith he can handle anything thrown his way. That includes success but it also includes failure. It includes fighting back from a career-threatening ankle injury and remaining humble despite the spoils of global fame.