indgår i serie The Centenary Collection 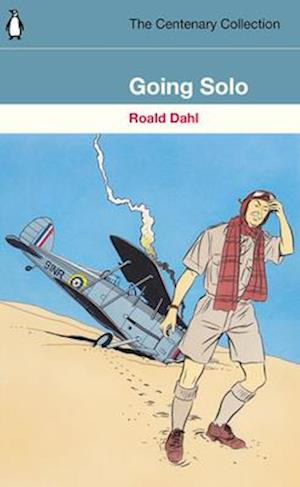 In 1918, the RAF was established as the world's first independent air force. To mark the 100th anniversary of its creation, Penguin are publishing the Centenary Collection, a series of six classic books highlighting the skill, heroism esprit de corps that have characterised the Royal Air Force throughout its first century.'They didn't think for one moment that they would find anything but a burnt-out fuselage and a charred skeleton; and they were apparently astounded when they came upon my still-breathing body, lying in the sand near by.'In 1938 Roald Dahl was fresh out of school and bound for his first job in Africa, hoping to find adventure far from home. However, he got far more excitement than he bargained for when the outbreak of the Second World War led him to join the RAF. His account of his experiences in Africa, crashing a plane in the Western Desert, rescue and recovery from his horrific injuries in Alexandria, and many other daring deeds, recreates a world as bizarre and unnerving as any he wrote about in his fiction.The Centenary Collection:1. The Last Enemy by Richard Hillary2. Tumult in the Clouds by James Goodson3. Going Solo by Roald Dahl4. First Light by Geoffrey Wellum5. Tornado Down by John Peters & John Nichol6. Immediate Response by Mark Hammond