Goethe and the Philosopher's Stone

- Symbolical Patterns in 'The Parable' and the Second Part of 'Faust' 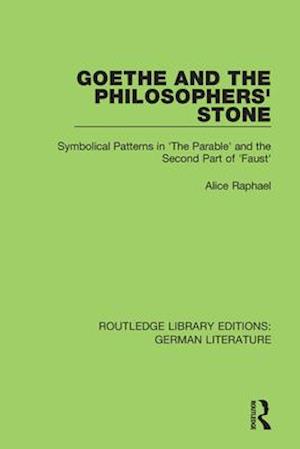 Originally published in 1965, this study examines the concealed meanings in the second part of Faust, often considered obscure. It is of value not only to students of literature but also comparative religions, as it deals with Goethe's knowledge of ancient myths, mysteries and Hellenistic religions. It is of value too, to those interested in alchemy as it traces the many alchemical references in Faust. The book gives a psychological interpretation of elements of Goethe's personal life and work, which succeeds in making the man and the veiled references in his most profound work accessible to the modern reader.