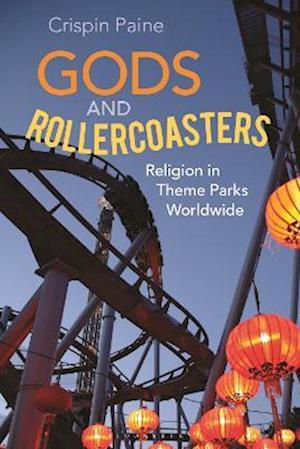 This worldwide study examines how religion gets into theme parks as mission, as an aspect of culture, as fable, and by chance. Gods and Rollercoasters analyses religion in theme parks, looking at how it relates to modernism, popular culture, right-wing politics, nationalism, and the rise of the global middle class. Crispin Paine argues that religion has discovered a major new means of expression through theme parks. From the reconstruction of Biblical Jerusalem at the Holy Land Experience in Orlando, through the world of Chinese mythology at Haw Par Villa in Singapore, to the great temple/theme park Akshardham in New Delhi, this book shows how people are encountering and experiencing religion in the context of fun, thrills and leisure time. Drawing on examples from six of the seven continents, and exploring religious traditions including Christianity, Daoism, Buddhism, Hinduism and Islam, Gods and Rollercoasters provides a significant contribution to the study of religion, sociology, anthropology, and popular culture.