- The Word Made Flesh 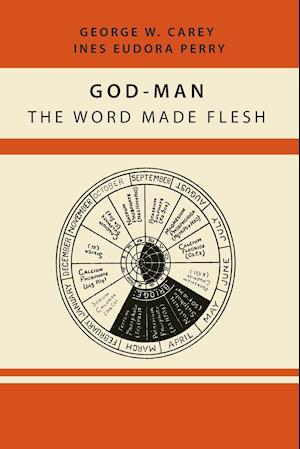 2013 Reprint of 1920 Edition. Exact facsimile of the original edition, not reproduced with Optical Recognition Software. George Washington Carey (1845-1924) was an American physician known for his 'chemistry of life' publications, a subject which he referred to as biochemistry. Carey combined a mixture of religion, astrology, physiology, anatomy, and chemistry, themed particularly with a mineral-based theory of human disease to explain his views on human chemistry. He continues to be popular within new-age and homeopathic circles. In the context of a person viewed as a "human molecule", Carey was the first to state that a person's body is a "chemical formula in operation."

Partial Contents: Redemption of Humanity; The Kingdom at Hand; Books Rejected by the Council of Nicea; Man was Made Upright; The Eternity of Perfection; God's Word Revealed; Great Pyramid; Optic Thalamus; The central or Single Eye; The Solar Plexus; Prophecies Fulfilled; Sacred Books of the East; The Mystery of Santa Claus Revealed; The Revelation of Hermes; The Secret Doctrine; Reincarnation; The United States Seal; Glossary.