- The State of Florida vs. Rollians Christopher 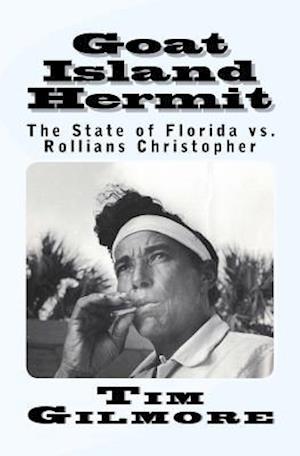 In 1955, Rollians Christopher, an illiterate goatherd who'd long claimed squatter's rights on Goat Island, across from the fishing village of New Berlin in the St. Johns River, found himself in a battle between multiple governmental authorities. Duval County wanted to develop the rattlesnake-infested island for industrial shipping purposes; the Florida Ship Canal Authority wanted the island for barge terminals. Christopher's opponents complained of his ethnic ambiguity-was he Black? White? American Indian? Spanish?-and claimed he'd killed someone, while defenders from around the state wrote letters to Congressman Charles Bennett, Governor LeRoy Collins, and the heads of the entities who wanted him gone. Duval County won the fight and developed Rollians Christopher's home into Blount Island. So what happened to Rollians Christopher? Where did he come from? If he wasn't connected to the Christophers, one of the largest and most diverse pioneer families in Northeast Florida, who was he? And what happened to his 1100 goats?