indgår i serie Go to Hell 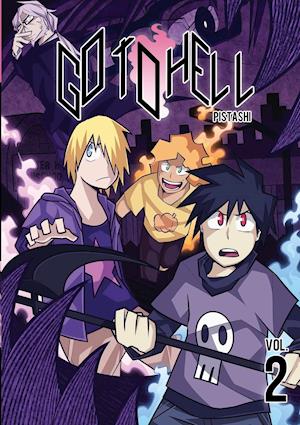 Skulliver Grim is a 14-year-old boy that, after an absurd series of events, ends up finding out his father is the Grim Reaper. After a long night, Skull faces his biggest nightmare and falls into the trap of the mysterious man named Daverell. Now that he is in danger, Elise and melon will have to face the harsh reality upon them. Go to hell is a supernatural action/comedy comic, with influences from Japanese manga and Western cartoons. created by Ferrúcio Burco Filho (Pistashi), GTH is a story about personal growth and the bonds created between people.