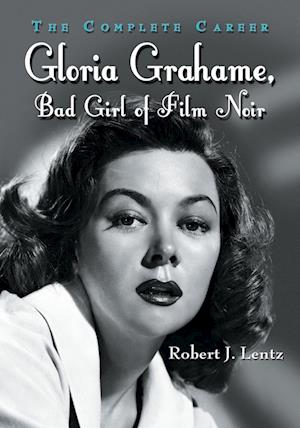 A marvelous actress, Gloria Grahame (1923-1981) was also an iconic figure of film noir. Her talents are showcased in several classic motion pictures of the 1940s and 1950s, including It's a Wonderful Life, Crossfire, In a Lonely Place, The Greatest Show on Earth, The Big Heat, Oklahoma , and The Bad and the Beautiful, for which she earned an Academy Award. This comprehensive overview of Gloria Grahame's life and work examines each of her feature films in detail, as well as her made-for-television productions, her television-series appearances and her stage career. Also discussed are the varied ways in which Grahame's acting performances were affected by her tumultuous personal life--which included four marriages, the second to director Nicholas Ray and the fourth to Ray's stepson Anthony.