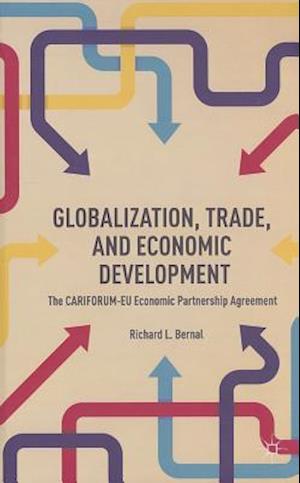 This is the most in-depth study of the economic partnership between the European Union and the CARIFORUM countries, a group of fifteen small developing economies in the Caribbean. The CARIFORUM-EU Economic Partnership Agreement (EPA) is the first trade agreement of its kind, as it is a new type of WTO-compatible trade agreement between a group of developed countries and a group of developing countries. As a principal negotiator for CARIFORUM, Bernal's qualifications allow him to provide a unique perspective on the increasingly important topic of trade and economic development in the midst of globalization. Globalization, Trade, and Economic Development comprehensively explores the components of the EPA from all angles, explains how the agreement provides opportunities to strengthen and accelerate economic development, and outlines the policies which can allow the CARIFORUM countries to seize these opportunities. Bernal's explanation of the institutional arrangements for the conduct of the negotiations by CARIFORUM is invaluable to governments and regional organizations in developing countries for coordinating groups to advance common and joint positions in international negotiations.