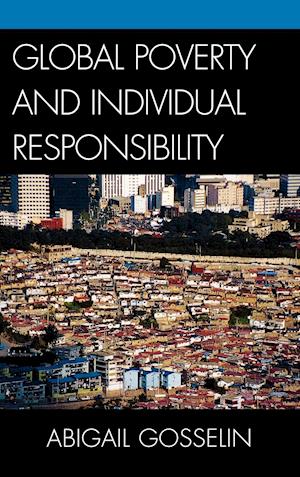 This book considers what responsibilities affluent individuals have toward global poverty, given that global poverty is a problem with structural, political causes, and one that generally requires collective action. While philosophers have tended to address responsibility for global poverty in exclusively moral, political, or legal ways, Gosselin examines the intersection of these three approaches, giving a comprehensive look at affluent individuals' relationships to poverty. She thus provides both a survey of existing literature on responsibility for global poverty, as well as a positive proposal for a pluralistic and differentiated account of individual duties based on a person's moral agency, her roles within collective groups (including her occupational and civic roles), and her institutional identities as citizen and consumer. While the agents most responsible for addressing global poverty are collectives like governments and corporations, individuals have various kinds of duties to ensure that relevant groups carry out their collective responsibilities. Gosselin examines three kinds of duties at length, each with its own chapter: beneficence, redress, and institutional justice. Situating each duty in the relevant literature (moral, legal, and political philosophy), she explains how the duty is justified, who are its appropriate duty-bearers, and what actions it requires of individuals. Real-life examples that analyze causes, identify responsible agents, and explain the nature of this responsibility show the applicability of each duty to particular situations of poverty. The final chapter summarizes the many and differentiated duties individuals have based on their moral, institutional, and role identities, which in turn are based on how they are situated with respect to the global poor. A suggested list of particular actions individuals should take is given.