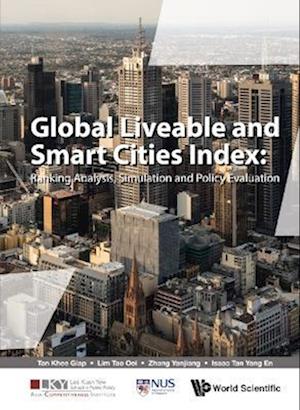 A rising proportion of the global population are moving to cities in search of a better standard of living. However, although urbanisation has its benefits, unchecked urbanisation can lead to a host of challenges, such as congestion and limited access to public services. As such, the concept of urban liveability has been garnering more attention from policymakers and academics who are interested in mitigating the negative effects of urbanisation.In this context, the Asia Competitiveness Institute (ACI) has released the 2018 Global Liveable and Smart Cities Index (GLSCI), the third in its series of liveability indices. The GLSCI attempts to measure the liveability of an average resident in a city. More importantly, this year's edition has added considerations to the concept of smart cities and the role that these technologies can play in augmenting the liveability of a city's residents. It also builds on ACI's past liveability indices by expanding the number of cities in the index to 78, notably with African cities for the first time. In addition, this book includes two case studies on liveability. The first one concerns the relationship between a city's liveability, smartness, connectivity, and agglomeration, while the other is a case study on the 99-year lease of public housing in Singapore.