Global Lessons from the AIDS Pandemic 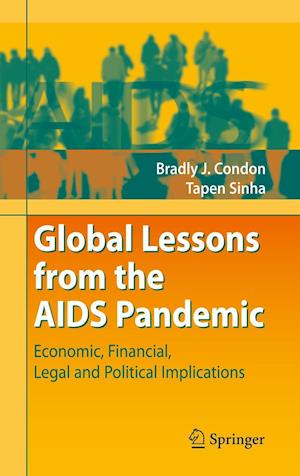 We began to research for this book in 2000, with the idea that we might contribute to the search for solutions to the global HIV/AIDS pandemic by c- bining perspectives from different disciplines. Much has happened in the interv- ing years. First, the severity of the HIV/AIDS pandemic in sub-Saharan Africa - and the threat it posed for many others regions of the world - led to a movement among several countries to correct the imbalance between producers and users of ph- maceutical products. This effort produced a clarification of the right of gove- ments to produce generic medicine under compulsory licenses and an amendment of the World Trade Organization's TRIPS Agreement to allow exports of generic medicines from one WTO Member to another. In 2007, the amended rules were put into practice, with Canada authorizing the export of generic antiretroviral drugs to Rwanda. However, at the same time, global patent laws have been undermined due to regulatory capture, most notably in free trade agreements and through political pressure on countries like Thailand to not to exercise their right to issue compulsory licenses for pharmaceutical products. Second, the amount of money available for the treatment and prevention of HIV/AIDS has increased dramatically, with the establishment of the World Bank Multi-Country HIV/AIDS Program for Africa (MAP), the Global Fund to Fight AIDS, Tuberculosis and Malaria and the US President's Emergency Plan for AIDS Relief (PEPFAR), among other funding initiatives.