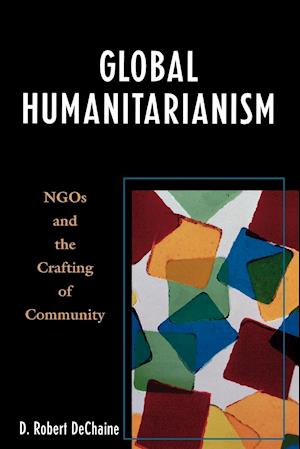 In Global Humanitarianism: NGOs and the Crafting of Community, author Rob DeChaine explores a narrative common to the nongovernmental organization community about the promise and confusion of living together in post/modern times. Palpable in their affective admixture of idealism, fear, hope, anger and uncertainty, the protagonists of the story are humanitarian social actors, engaged in a vivid social drama. Their audience, as made apparent by DeChaine's excellent scholarship, is intimately engaged in the drama as well. According to DeChaine, the action takes shape in a multivocal polyphony of solidarity and, at times, cacophony of protest and dissent, with actors mobilizing symbolic resources in the service of uniting a public who would join with them in the cause. A major source of the actors' labor is symbolic, consisting in the successful rallying of formative energies in and around a cluster of key related terms, words and phrases, in order to dramatize and publicize the exigency of the crisis at hand. DeChaine argues that crises are embodied in the form of an intensifying hegemonic struggle over the articulation of 'community' in a global/ized world. The struggle brings into tension local and global priorities, national governments and civil society, and state-centered forms of identity and allegiance and a broad-based vision of global citizenship and belonging. DeChaine demonstrates that the crisis of community is one of the defining themes of our contemporary era, one that we ignore at our peril. This book is not only important to the NGO community but represents cutting edge analysis in rhetoric, cultural studies, semiotics, sociology and social organizations.