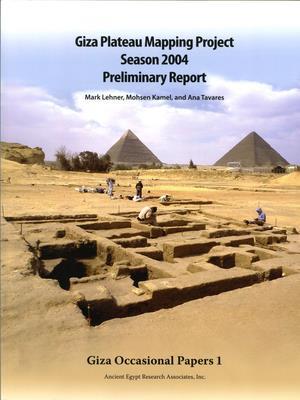 Preliminary report on the Ancient Egypt Research Associates 2004 field season. The volume covers the 2004 season of clearing and mapping on the 4th Dynasty settlement at the Lost City of the Pyramids (Heit el-Ghurob [HeG] site) on the Giza Plateau. The work at the HeG site encompasses excavations north of the Wall of the Crow; in the area East of the Galleries; within the Royal Administration Building; and in the Eastern Town, the Western Dump, and areas around the Abu Hol Soccer Field.