indgår i serie The Plated Prisoner 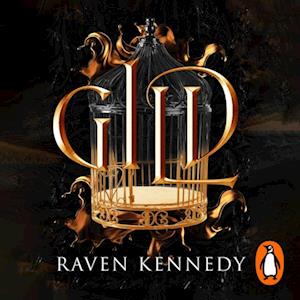 Brought to you by Penguin.THE TIKTOK FANTASY SENSATION THAT'S SOLD OVER HALF A MILLION COPIES, PERFECT FOR FANS OF SARAH J. MAAS AND JENNIFER L. ARMENTROUT'It's the arrogance of men to think so little of women. And it'll be their downfall too'Locked away in a castle on the snowy mountains in the Sixth Kingdom of Orea, I have never known freedom.No one can get in or out. Apart from him.King Midas, who rescued me from the streets. Who gave me food, shelter, and his heart. Who I promised to love forever.But when political upheaval sees me sent across kingdoms to a future I no longer understand, everything I thought I knew about King Midas is shattered . . .The world has only ever heard his story.Now it's time to hear mine._______**Content warning: sexual violence**(c) Raven Kennedy 2022 (P) Penguin Audio 2022