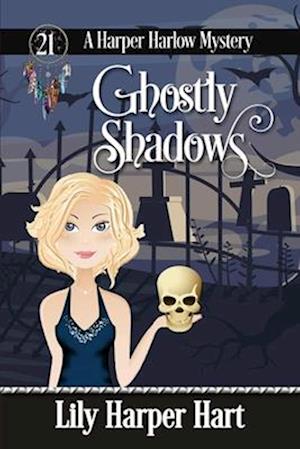 Harper Harlow has it all, including a new business, a husband she adores, and a best friend she's determined not to murder even though he's determined to be the groomzilla to end all groomzillas. Life is good ... until it's not.

Everything is thrown into doubt when her former boyfriend, a grifter on trial for murder, escapes from the county courthouse and starts terrorizing Whisper Cove.

Her husband Jared Monroe is on edge. Quinn Jackson has proven himself to be a threat more than once, and it's clear Quinn is gunning for Harper because he blames her for being caught in the first place. That means Zander and Shawn - who are in the midst of preparing for their wedding - have to move in so everybody is safe.

It's a full house and the stakes are high. A dead courthouse guard is their only guide, and he's not enough.

Harper is determined to get her happily ever after, as well as Zander's too. That means they have to grapple with Quinn before the big day arrives.

Murder is on the menu and Quinn has nothing to lose. It's a race to the finish - and down the aisle - and winner takes all.

Strap in. It's going to be a bumpy ride.

Note: This is the final book in the Harper Harlow series. She will, however, be returning in September 2022 for a joint series with three other heroines, including Maddie Graves, Ivy Morgan and Rowan Gray. The series will jump forward about seven years, but all the regular characters will be present. Looking forward to seeing you then.