Ghost in the Well

- The Hidden History of Horror Films in Japan 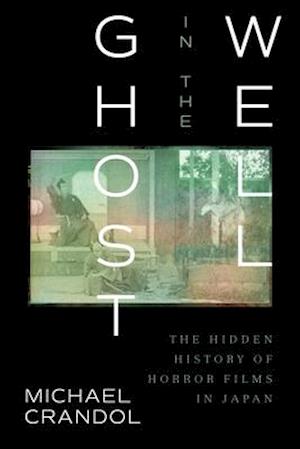 Ghost in the Well is the first study to provide a full history of the horror genre in Japanese cinema, from the silent era to Classical period movies such as Nakagawa Nobuo's Tokaido Yotsuya kaidan (1959) to the contemporary global popularity of J-horror pictures like the Ring and Ju-on franchises. Michael Crandol draws on a wide range of Japanese language sources, including magazines, posters and interviews with directors such as Kurosawa Kiyoshi, to consider the development of kaiki eiga, the Japanese phrase meaning "weird" or "bizarre" films that most closely corresponds to Western understandings of "horror". He traces the origins of kaika eiga in Japanese kabuki theatre and traditions of the monstrous feminine, showing how these traditional forms were combined with the style and conventions of Hollywood horror to produce an aesthetic that was both transnational and peculiarly Japanese.Ghost in the Well sheds new light on one of Japanese cinema's best-known genres, while also serving as a fascinating case study of how popular film genres are re-imagined across cultural divides.