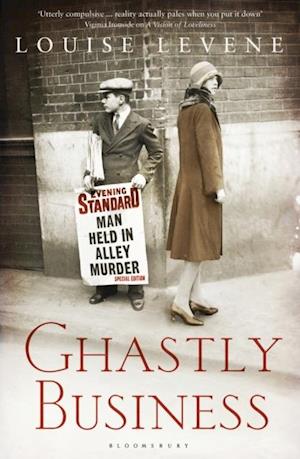 1929. A girl is strangled in a London alley, the mangled corpse of a peeping Tom is found in a railway tunnel and the juicy details of the latest trunk murder are updated hourly in fresh editions of the evening papers.Into this insalubrious world steps Dora Strang, a doctor's daughter with an unmaidenly passion for anatomy. Denied her own medical career, she moves into lodgings with a hilarious, insecticidal landlady and begins life as filing clerk to the country's pre-eminent pathologist, Alfred Kemble.Dora is thrilled by the grisly post-mortems and the headline-grabbing court cases and more fascinated still by the pathologist himself: an enigmatic war hero with bottle-green eyes and an air of sardonic glamour - the embodiment of all her girlish fantasies. But Dora's job holds more than a few surprises, not least of which is finding herself frequently under the watchful gaze - and occasionally wandering hands - of the distinguished Dr Kemble. As things take a distinctly ghastly turn, both in one of the department's major cases and in Dora's own life, the newspaper reporters sharpen their pencils in morbid anticipation ... But can the impressionable Miss Strang emerge unscathed?