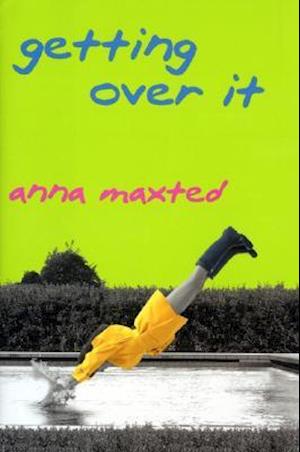 Helen Bradshaw isn't exactly living out her dreams. She's a lowly assistant editor at GirlTime magazine, she drives an ancient Toyota, and she has a history of choosing men who fall several thousand feet below acceptable boyfriend standard. Not to mention that she shares an apartment with a scruffy, tactless roommate, her best girlfriends are a little too perfect, and the most affectionate male in her life--her cat, Fatboy--occasionally pees in her underwear draw.

Then Helen gets the telephone call she least expects: Her father has had a massive heart attack. Initially brushing off his death as merely an interruption in her already chaotic life (they were never very close, after all), Helen is surprised to find everything else starting to crumble around her. Her pushy mother is coming apart at the seams, a close friend might be heading toward tragedy, and, after the tequila incident, it looks as though Tom the vet will be sticking with Dalmatians. Turns out getting over it isn't going to be quite as easy as she thought.

Forfattere
Bibliotekernes beskrivelse Heroine Helen Bradshaw is a twenty-something charmer with a dead-end job, an ancient car and a series of bad relationships. Just when she thinks it can't get worse, her father dies, and the true meaning of "getting over it" is suddenly a lot harder to handle. Print features.