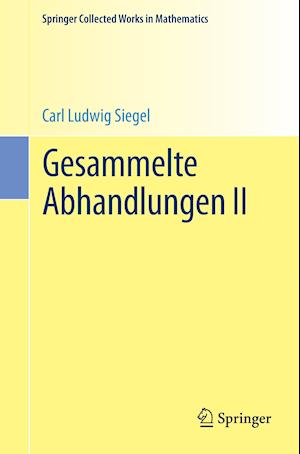 From the Preface by K. Chandrasekharan: "The publication of this collection of papers is intended as a service to the mathematical community, as well as a tribute to the genius of CARL LUDWIG SIEGEL, who is rising seventy. In the wide range of his interests, in his capacity to uncover, to attack, and to subdue problems of great significance and difficulty, in his invention of new concepts and ideas, in his technical prowess, and in the consummate artistry of his presentation, SIEGEL resembles the classical figures of mathematics. In his combination of arithmetical, analytical, algebraical, and geometrical methods of investigation, and in his unerring instinct for the conceptual and structural, as distinct from the merely technical, aspects of any concrete problem, he represents the best type of modern mathematical thought. At once classical and modern, his work has profoundly influenced the mathematical culture of our time...this publication...will no doubt stimulate generations of scholars to come." Volume II includes Siegel's papers written between 1937 and 1944.