indgår i serie Studies in European Integration State and Society 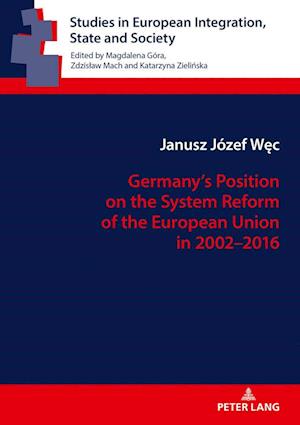 This book presents the evolution of Germany's stance on the reform of the European Union in the years 2002-2016. The objectives of the book are threefold: first, to analyse the positions of the German government and parliamentary opposition on the reform of the European Union's political system in 2002-2009; second, to describe their stance on the system reform of the Economic and Monetary Union and the Eurozone in 2012-2016; and third, to analyse their positions on the EU immigration crisis in 2015-2016. The study employs a triangulation of a variety of qualitative methods: case-studies, analysis of official documents, literature, speeches and historic items. The result is an in-depth and multidimensional picture of the activities and positions of members of the German government and parliamentary opposition regarding the reform of the EU's political system.