Germany's Genocide of the Herero

- Kaiser Wilhelm II, His General, His Settlers, His Soldiers 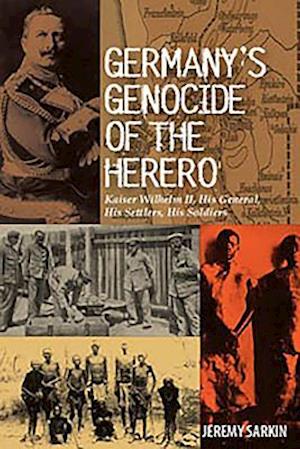 In 1904, the indigenous Herero people of German South West Africa (now Namibia) rebelled against their German occupiers. In the following four years, the German army retaliated, killing between 60,000 and 100,000 Herero people, one of the worst atrocities ever. The history of the Herero genocide remains a key issue for many around the world partly because the German policy not to pay reparations for the Namibian genocide contrasts with its long-standing Holocaust reparations policy. The Herero case bears not only on transitional justice issues throughout Africa, but also on legal issues elsewhere in the world where reparations for colonial injustices have been called for. This book explores the events within the context of German South West Africa (GSWA) as the only German colony where settlement was actually attempted. The study contends that the genocide was not the work of one rogue general or the practices of the military, but that it was inexorably propelled by Germany's national goals at the time. The book argues that the Herero genocide was linked to Germany's late entry into the colonial race, which led it frenetically and ruthlessly to acquire multiple colonies all over the world within a very short period, using any means available. Jeremy Sarkin is Chairperson-Rapporteur of the United Nations Working Group on Enforced or Involuntary Disappearances, and is at present Distinguished Visiting Professor of Law at Hofstra University in Hempstead, New York. He is also an Attorney of the High Court of South Africa and of the State of New York. A graduate of theUniversity of the Western Cape and of Harvard Law School he has been visiting professor at several US universities where he has taught Comparative Law, International Human Rights Law, International Criminal Law and Transitional Justice Southern Africa (South Africa, Botswana, Lesotho, Swaziland, Namibia and Zimbabwe): University of Cape Town Press/Juta