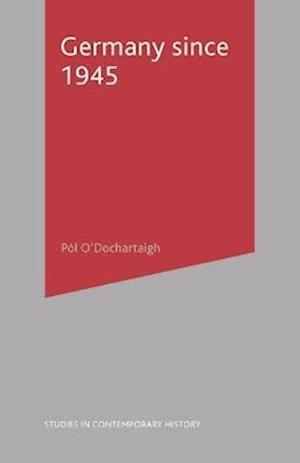 Since its crushing military defeat in 1945, Germany has faced occupation and division, economic success amidst Cold War bitterness, the rise and spectacular fall of the Berlin Wall and now more than a decade as a country united for only the second time in its history. It has become a slumbering economic superpower at the heart of the drive towards European unity, while divisions between east and west remain among its own people.Germany since 1945:- offers a comprehensive introduction to every stage in Germany's political, social and economic development from 1945 right up to the present day- examines, in-depth, both German states, their differences and their similarities, as well as the period of occupation 1945-49 and the year of unification 1989-90- concludes with the first short survey in English of more than a decade of post-unification Germany, covering the period right up to the Iraq crisis in spring 2003.