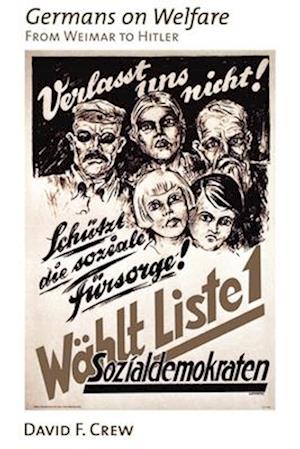 The welfare state was one of the pillars of the Weimar Republic. The Weimar experiment in democracy depended to no small degree upon the welfare system's ability to give German citizens at least a fundamental level of material and mental security in the face of the new risks to which they had been exposed by the effects of the lost war, revolution, and inflation. But the problems of the postwar period meant that, even in its best years, the Weimar welfare state wasdangerously overburdened. The onset of the Depression and the growth of mass unemployment after 1929 destroyed republican democracy and the welfare state upon which it was based. On the ruins of Weimars social republic, the Nazis built a murderous racial state. Existing work on the Weimar welfare state concentrates largely on the discussions of social reformers, welfare experts, feminists, and the laws and institutions that their debates produced. Yet the Weimar welfare state was not simply the product of discourse and discursive struggles; it was also constructed and re-produced by the daily interactions of hard-pressed officials and impatient, often desperate clients. Adopting a "history of everyday life" perspective, Germans on Welfare: FromWeimar to Hitler, 1919-1935 shows how welfare discourse and policy were translated into welfare practices by local officials and appropriated, contested, or re-negotiated by millions of welfare clients.