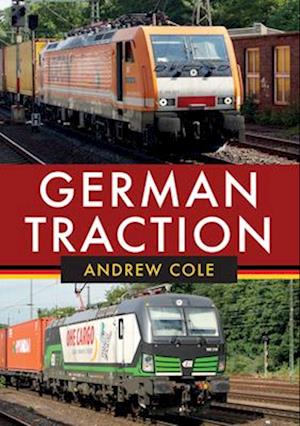 Germany, by its very location and size, is host to a vast number of different traction types. The main operator is DB, and they run huge numbers of both freight and passenger workings that still have locomotive haulage. On the passenger side, most main regional centres retain loco-hauled workings, ranging from Class 111s to Class 143s and Class 146s, with the InterCity work operated by Class 101 electric locomotives. A lot of the express passenger workings have gone over to ICE units. There are also still some diesel locomotive diagrams, mostly in the hands of the Class 218 locomotives based mainly around Ulm and also Munich.On the freight side, there are vast numbers of workings operated by both DB and by a large number of private firms. The main DB locomotives used are the Class 185 TRAXX locomotives and also the Class 145 and 152 locomotives, while there are still some big diesels to be seen, most notably the Class 232 locomotives, known as Ludmillas.Upon reunification of Germany, a lot of the former East German locomotives started to appear in the West and vice versa and the enthusiast is always guaranteed to see a wide variety of locomotives in action.

Forfattere
Bibliotekernes beskrivelse In this highly illustrated guide, Andrew Cole explores the railways of Germany. The enthusiast is always guaranteed to see a wide variety of locomotives in action. 180 Illustrations, unspecified